“A Message to Garcia: The Original 1899 Edition” by Elbert Hubbard

“The Velveteen Rabbit: The Original 1922 Edition in Full Color” by Margery Williams 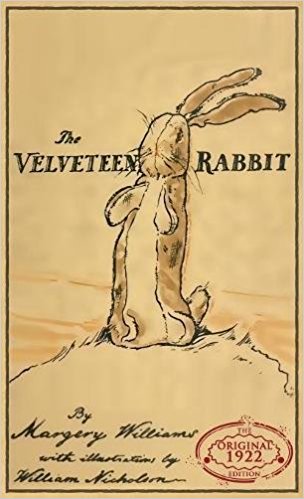 Margery Williams penned her classic work in 1922, endearing itself to countless young children thanks to the illustrations by William Nicholson.  This edition captures the magic of the original edition, carefully recreating the story just as Margery Williams wrote it and including all of Nicholson’s illustrations, in full color.  While modern printing methods call for some updates to the layout, in the main, this edition is nearly identical to the one that captured the hearts of generation after generation.  Carry the tradition to your children and grandchildren and future generations with this carefully reconstructed re-creation of “The Velveteen Rabbit: Or How Toys Become Real.”

Margery Williams penned this book 1922, becoming a beloved classic, in large measure because of the exquisite illustrations by William Nicholson.  While other editions retain true to the original while updating it somewhat for the modern era (for example, ISBN 978-1-947844-20-9) this edition aims to capture the look and feel of the original as much as possible.  Not only do we have Nicholson’s illustrations, in full color, but each page appears nearly as it would have appeared in 1922.  In other words, this is a FACSIMILE edition, with all of the warts and minor defects of the original, but also all of the intricate artistry that turned the book into an enduring classic.

That said, modern printing methods still required a few ‘tweaks’ to the manuscript here and there, but all in all, if you want an edition to read to your children and grandchildren that is virtually the same as the one that captured the hearts of readers over the generations, this page by page reconstruction of “The Velveteen Rabbit: Or How Toys Become Real” is what you want!