“The Tale of Peter Rabbit: The Original 1901 Edition” by Beatrix Potter

“The Transcript of the Scopes Monkey Trial: Complete and Unabridged” edited by Anthony Horvath 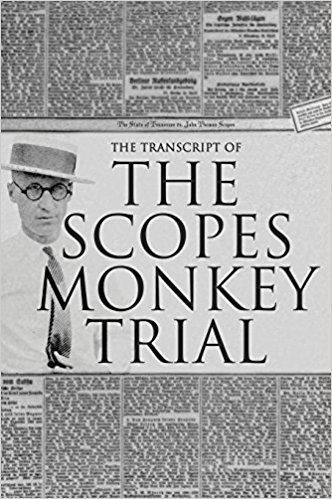 The Scopes Monkey Trial was a watershed moment in American history, pitting ‘old time religion’ against the growing acceptance of Darwinism. Strictly speaking, the Darwinists lost: Scopes was declared guilty.  However, Clarence Darrow won in the court of public opinion.  After the movie “Inherit the Wind” ensured that William Jennings Bryan would be seen by later generations as a bumbling fool, there is no doubt just who were the victors and who were the losers in the trial.  However, what is portrayed in movies and newspaper accounts don’t always match reality.  Since no film exists of the actual trial, the next best thing is to read the actual trial transcript. For the first time in generations, readers can now hold in their hands the transcript of one of America’s most famous trials, complete and unabridged.

This edition has only been lightly edited, leaving intact many of the inconsistencies and incongruities of the original transcript.  In its own way, these various typographical errors contribute to the ‘charm’ of the actual event, as remembered in the annals of history.